i just thought it might be useful to some users
to know how to set up simple stages in bryce for rendering their
curvy models.
There is a limitless choice of set ups but i will show one i made which renders very quickly even though it is throwing a lot of light about. 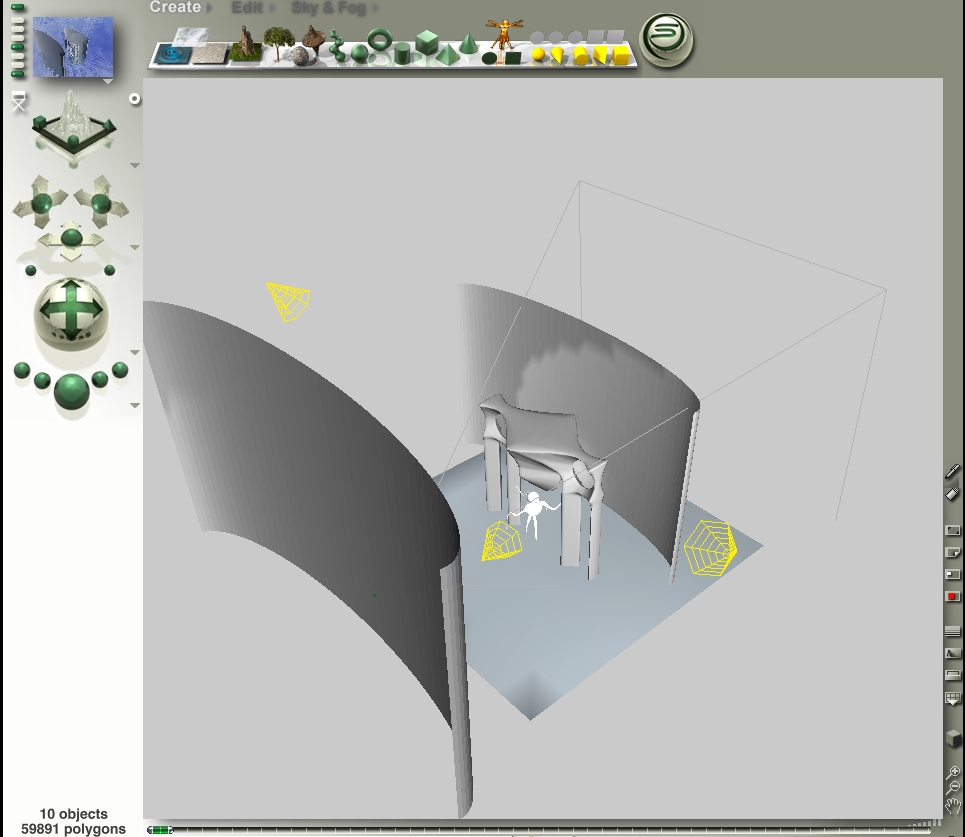 here there is the curvy figure model standing in the middle of an inflated curvy archway. Behind the figure i have a concave curvy loft to act as a reflector(note a detailed picture image could be on this with good resolution as a backdrop)
in front i have a copy of the same loft rotated to act as a convex reflector. 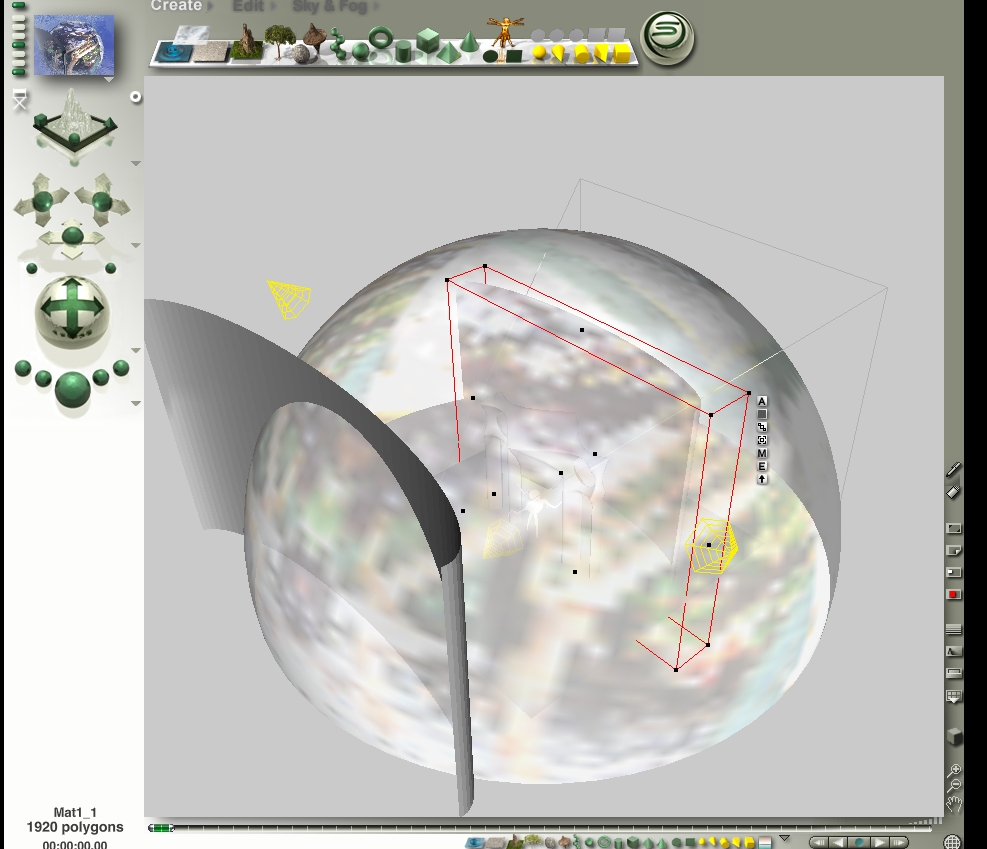 I make a bryce sphere and give it a glass material, then texture it with a sky image. i put two lights outside the dome and using their attributes setting link them to the model so they are always tracking the model. 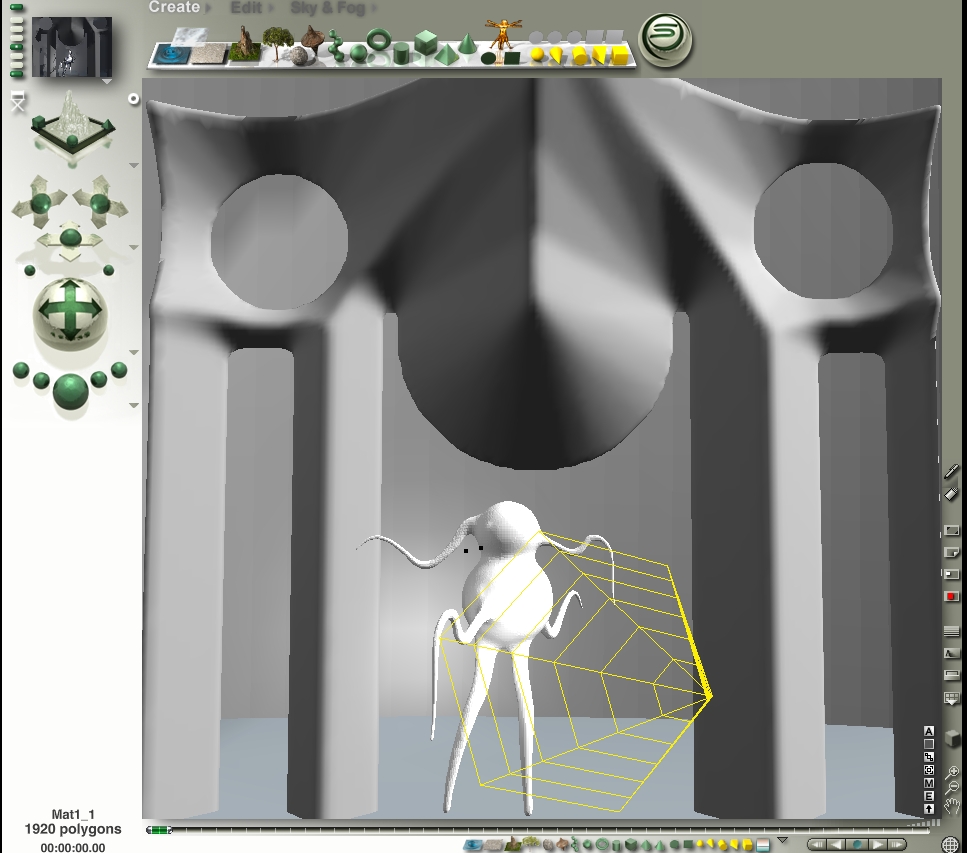 i put one light inside the dome to have a lot of control over the lighting.
(note this also acts as an ambient light to be able to see objects whilst adjusting properties of the dome transparency etc) 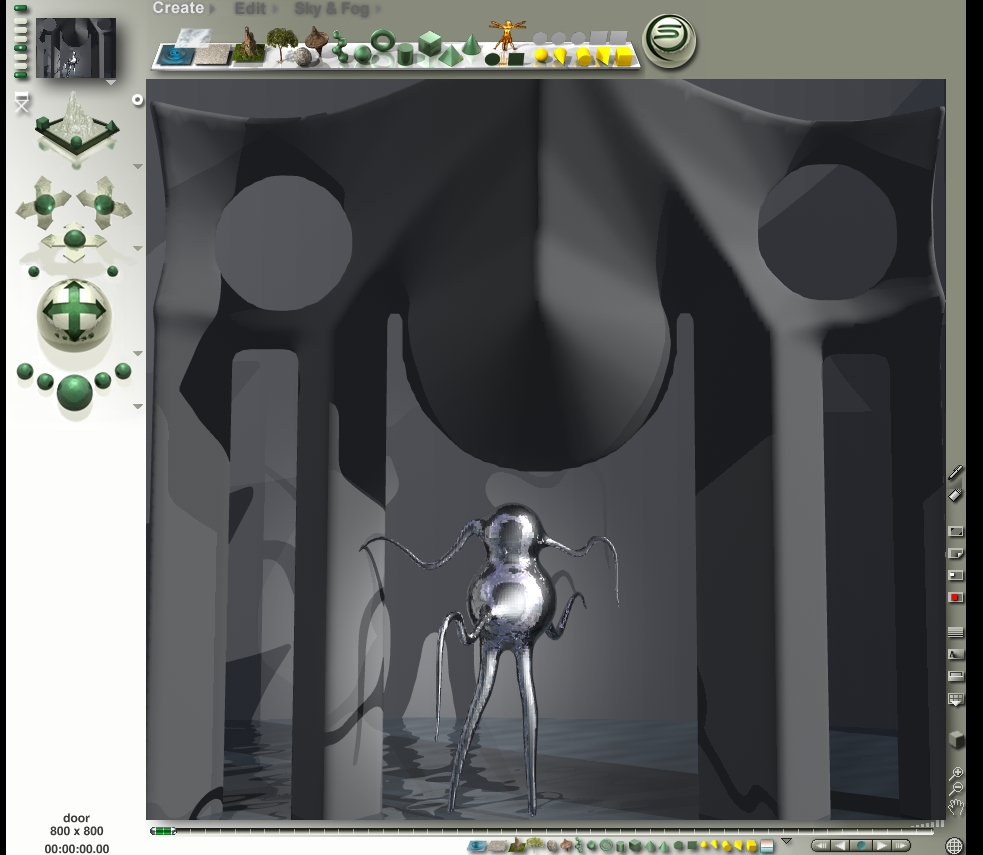 i use a bryce precious metal material on the model then copy the material
on to the rest of the stage.