by Simon
These are some game screens from a new PC game. They use a variety of software for the different models. The main contribution in Curvy was the landscape & rocks and the layout and organisation of all the bits in the scene. The result is many millions of polies - but with no slow down in Curvy as I put the scene together.

The new Dynamic Resolution Stamp Tool was very helpful in making the rocky shapes and cracks. 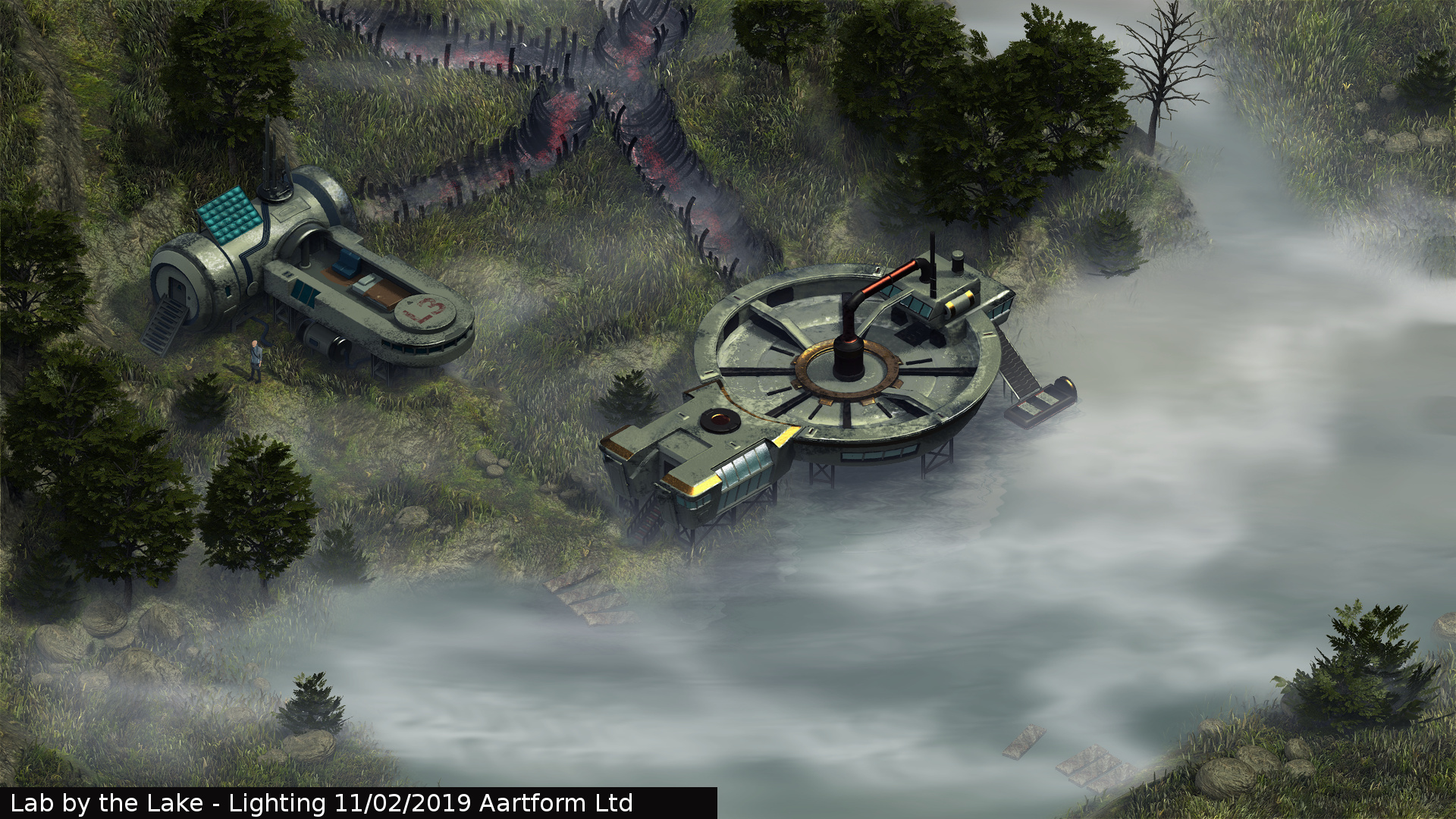 by granada
Those are great looking scenes

by moogaloonie
So these aren't screenshots from Curvy, but rather a game using assets prepared in Curvy?

by Simon
That's right. The landscape and rocks were modelled in Curvy. The render is from a game engine.

by moogaloonie
The OP says the layout of the pieces was done in Curvy also. So it's possible to import models from other programs into Curvy? Can they be edited and painted also?
I'm just asking because I see Curvy as having potential for concepting and roughing out ideas before exporting to another program for retopology/UV mapping. I had not considered the possibility of bringing models into Curvy.

by Simon
That's true. I loaded the other models into Curvy as OBJ files to arrange them. You can paint and uv (and sculpt) OBJ files in Curvy from elsewhere.

OBJ is quite common as a format. I mainly use it to go to and from Blender.

by moogaloonie
Obj is my format of choice also. I have used it primarily since working in Poser/Wings 3D for years now. I've moved away from Poser for figures, but ironically still use it to render imported objects for use in a 2D game. I'm trying to get myself into blender, but like zBrush and 3D-Coat it is just overwhelming when you don't really know what you want to do that you can't already do elsewhere with more more effort. There's just something appealing to me about Curvy's simplicity. It seems to have the right amount of basic tools to do most things but doesn't appear to give you a dozen ways to do the same thing, if that makes any sense...
So, do imported objects retain their UVs? Do textures and materials import also? I'm mostly looking at using Curvy for illustration, but it seems likely that at some point I'll want to go to and from another program such as blender or zBrush/3D-Coat.

by moogaloonie
Ha ha, I guess I should just come out ask the question that is on my mind... If some of the items are made in Curvy, and some were imported into Curvy, how close could I get to making this same image in Curvy? How different would the models look in Curvy compared to in these screens? Could I do the lights or the fog, or similar, in Curvy?
I'm no longer certain which images were made entirely in Curvy vs rendered in another program or post-processed in an image editing program. I'm similarly curious by the glowing eyes on the rock monster, whether that is a material applied to a shape in the scene or some kind of post-effect.

by Simon
OBJ just keep their UVs, textures are often lost in the import.

A lot of the special effects could be done in Curvy with Glow objects - the Rock Golem used lots of Glow and Smoke lightmaps in Curvy. The lights and fog clouds could be done with alpha channels on the texture maps.

However some things are just easier and quicker in a 2D program.

I try to include screens of my models inside Curvy and also the post-processed versions for comparison. As a guide if it has a photo background it has been post-processed.

by sculptor
nice, lot of work in that